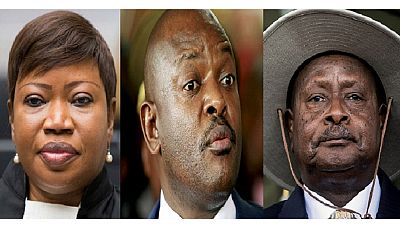 Burundi has set itself on the path to leave the International Criminal Court (ICC), after 18 years of association with the international justice outfit.

The country led by the president Pierre Nkurunziza, will be making history by being the first country to quit. Africa has been battling with the ICC since 2013 with threats of withdrawal. Burundi is the most serious case yet.

Only a State can withdraw from the ICC. A parliament or a political party cannot opt out of the group.

In the particular case of Burundi, the cabinet agreed and sent a draft bill to Parliament and it was overwhelmingly approved. Burundi as a State party has fulfilled step one of the exit process.

Officially inform the United Nations Secretary General. A country (in this case) burundi must write formally to inform the UN chief of their desire to withdraw from the ICC.

According to the rules, the State Party will have to wait for a year to elapse before they can claim to have left partially.

After the year passes, the country will have exited the ICC but they still have to pay any fees owed the body as well as for cases involving their citizens will also be pursued.

Article 127 of the Rome Statute spells the process out as follows:

1. “A State Party may, by written notification addressed to the Secretary General of the United Nations, withdraw from this Statute. The withdrawal shall take effect one year after the date of receipt of the notification, unless the notification specifies a later date.

2. “A State shall not be discharged, by reason of its withdrawal, from the obligations arising from this Statute while it was a Party to the Statute, including any financial obligations which may have accrued.

As President Nkurunziza today approved decision for Burundi to withdraw from ICC-This is what is next in the process pic.twitter.com/dR9KAnOJxT

African threats to quit ICC in the past

As many as four African countries have threatened to quit the ICC in the past. Kenya, South Africa, Uganda and now Burundi – they have taken the most concrete step yet to quit.

In September 2013, a Kenyan parliamentary vote supported the government’s motion to withdraw from the ICC. The country remains a member till date and high profile cases against the President and his vice, Uhuru Kenyatta and William Rutto were all dismissed this year.

On the eve of al-Bashir’s arrival in South Africa, the ICC issued several calls for his arrest to the South African government. It’s in light of this that Jeff Radebe, minister in the presidency, announced that South Africa is reconsidering its participation in the ICC.

South Africa and Kenya are joined by Uganda as the third African nation to threaten to quit the ICC. In mid-December, 2014 Ugandan president Yoweri Museveni announced his intention to mobilise African leaders to quit the ICC. During his swearing in early this year, Museveni described the ICC as a bunch of useless people who he no longer supported.

Even though Uganda is a State Party, they invited Sudanese president Omar al-Bashir who is wanted by the court on charges of war crimes. 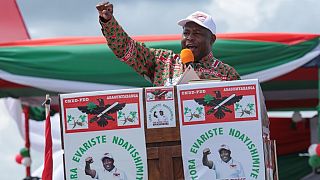 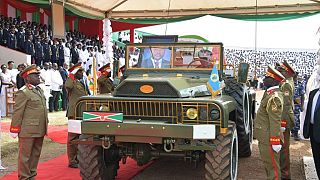