[Photo] AU dismisses cartoon warning of insecurity in the US 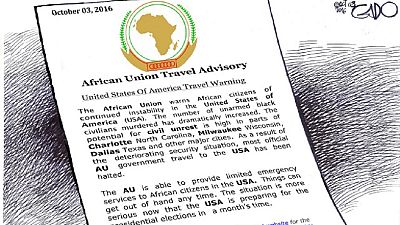 The African Union (AU) has responded to a cartoon alleging that as a result of rising insecurity in the United States of America, Africans were advised to avoid travelling to the country.

The AU dismissed reference by the cartoon that it was a ‘government’ and further accused persons behind the cartoon of misinforming the public and also misusing the logo of the body.

A press release by the AU read, ‘‘The African Union (AU) would like to inform all African and international media and audiences that there are individuals or groups that are misinforming the public by sending incorrect statements in the name of the AU and making use of the logo or other symbols of the African Union to give credibility to their statements.

‘‘Specifically, the Union has not sent out any travel advisories to any country or territory in the world as purported in a statement that is circulating on social media, and which has been quoted by some online publications.”

The original cartoon (picture below) warns Africans of ‘continued instability’ in the US citing unarmed black civilians murdered. It continued that potential for unrest was high and had led to AU officials halting travel plans to the US.

“The AU is able to provide limited emergency services to African citizens in the US. Things can get out of hand any time. the situation is more serious now that the USA is preparing for the presidential elections in a month’s time,” it concluded. 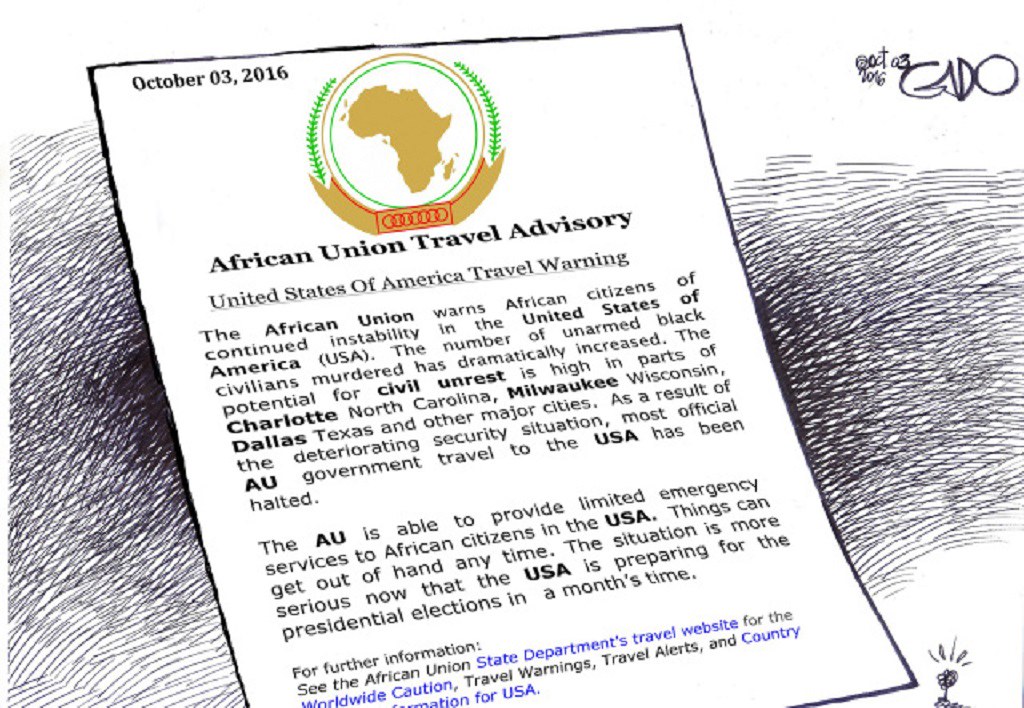 The said cartoon was published by a Kenyan website and also carried by the Standard newspaper. It was authored by a famed cartoonist and animator under the pen name, Gado. (real name Godfrey Mwampemba.)

According to his official website, Gado described himself as “the most syndicated political cartoonist in East and Central Africa.” He noted that his work touches on every subject from terrorism, deforestation to AIDS and corruption.