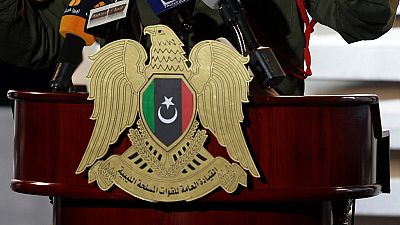 The United States (US) and five European governments have condemned attacks on oil installations in Libya. Oil terminals in Zueitina, Ras Lanuf, Es Sider, and Brega were attacked by militants over the weekend.

The UK, US, France, Germany, Italy and Spain called on the Presidential Council and the Fayez al-Sarraj led government of national accord (GNA) to ensure that oil revenues were used for the benefit of the ordinary Libyan.

A joint statement issued from the United Kingdom’s Foreign and Commonwealth Office called on all parties to cease hostilities in order to safeguard infrastructure of oil facilities in the north African country.

We also call on all forces to avoid any action that could damage Libya’s energy infrastructure or further disrupt its exports. Libya’s oil belongs to the Libyan people.

‘‘We call on all parties to undertake an immediate ceasefire and to refrain from any further hostilities. We also call on all forces to avoid any action that could damage Libya’s energy infrastructure or further disrupt its exports. Libya’s oil belongs to the Libyan people,’‘ the statement said.

The group further emphasized that, ‘‘Oil infrastructure, production, and export must remain under the exclusive control of the National Oil Corporation (NOC) acting under the GNA’s authority. We call for all military forces that have moved into the oil crescent to withdraw immediately, without preconditions.’‘

READ MORE US, UK, France among others raise concerns over Libyan oil installations

The governments reaffirmed their support for the GNA stating that political agreements rather than conflicts must determine the future of Libya.

They also tasked the armed forces to unite other parties into a professional military force. According to them, that was the only way that the fight against the Islamic State and other UN-designated insurgents was sure to succeed.

‘‘We reiterate our intent to enforce UNSCR 2259, including measures concerning illicit oil exports, activities which could damage the integrity and unity of Libyan State financial institutions and the NOC, and individuals and entities engaging in or providing support for acts that threaten the peace, stability or security of Libya,’‘ the statement concluded.