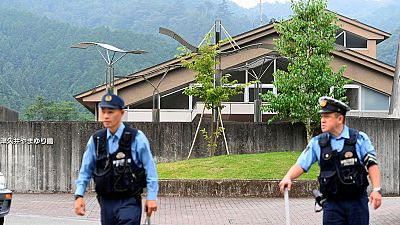 About 19 people were killed with as many as 24 injured in the attack a center for the mentally handicapped in Japan, the police announced on Tuesday morning.

The Kyodo news agency reported that the attack was executed by a knife-wielding man who stormed the facility and unleashed the attack. The attack took place in Sagamihara, Kanagawa Prefecture about 25 miles (40 km) southwest of Tokyo .

A man in his twenties went to the police after 3:00 Tuesday (1800 GMT Monday), claiming to be the assailant, spokesman for police in Kanagawa Prefecture confirmed.

I want to get rid of the disabled from this world.

Police said staff called police at 2.30 a.m. local time with reports of a man armed with a knife on the grounds of the Tsukui Yamayuri Garden facility.

Asahi Shimbun reported that the suspect was quoted by police as saying “I want to get rid of the disabled from this world.”

Media reports indicate that police are currently in and around the facility trying to ascertain the extent of the attack and to ensure adequate security.