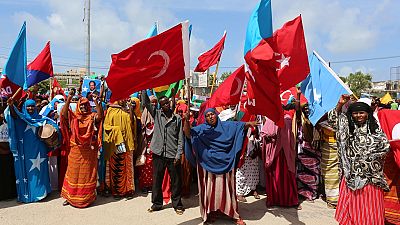 The Turkish government has said it will take over operations of all Somali charities run by US-based Fetullah Gulen, who is being accused by the government of being behind the failed coup of July 15.

Erdogan’s government says it will take over all schools and hospitals run by Gulen-linked organisations after the Somali government last week ordered all staff of the Nile Academy to leave the country.

As a result of the mass sack, schools and hospital run by the movement were shut down and in some instances with grave medical consequences as the only dialysis machine in the capital, Mogadishu, was in one of the closed facilities.

Even though Turkey’s government accuses US-based Gulen of being the mastermind of the failed plot to topple Erdogan, he denies being involved in the coup plot. A wide crackdown has been launched on organisations linked to him.

A day after the failed coup, people in Somalia gathered to protest and strongly condemn the actions of those behind the coup, while celebrating their failure to overthrow Erdogan.

Draped with Somali and Turkish flags and portraits of the Turkish president Recep Tayyip Erdogan as well as the Somali leader, Hassan Sheikh Mohamud, the protesters marched through the city and gathered near the Turkish embassy, where they declared their support for the Turkish government.