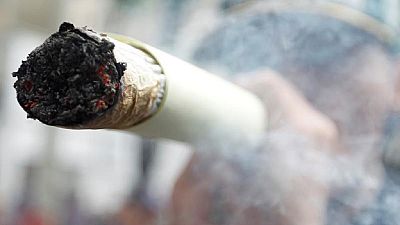 The Canadian government announced on Thursday that it has formed a task force on marijuana legalization to conduct nationwide consultations to help shape its new drug law.

The nine-member task force is to be led by a former deputy Prime Minister of the country, Anne Mc Lellan, who is also a former justice and former health minister.

“The task force will use what it has heard to advise the government on the design of the legislation and the regulatory framework that will include a new system of strict marijuana sales and distribution,” Justice Minister Wilson-Raybould said during a news conference in Ottawa.

Marijuana use has negative effects on young brains and brain development during adolescence, lays the foundation or alternatively for the struggles that may lie ahead.

Medical marijuana is already legal in Canada, but the drug’s recreational use is not. The government said in April it will introduce legislation in spring 2017 to legalize its use.

The Liberal minded government led by Justin Trudeau however reminded Canadians that police would continue to enforce the current laws until new legislation is in place.

“Production and possession of marijuana are illegal unless it has been authorized for medical purposes,” she said.

Selling pot commercially without a licence is still illegal, the government warned today.

Meanwhile Health Minister Jane Philpott also warned of the health and safety risks of marijuana, particularly to children and youth, ‘‘Marijuana use has negative effects on young brains and brain development during adolescence, lays the foundation or alternatively for the struggles that may lie ahead,” she underscored.