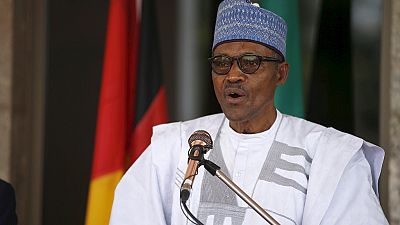 Nigeria’s president, Muhammadu Buhari has requested that Saudi Arabia’s government concludes all issues with the Nigerian Hajj Commission in regard to last year’s stampede at Mina, where 274 Nigerians died.

Buhari said this when he met with Saudi King Salman.

Nigerian president was in Saudi Arabia on Tuesday with analysts forecasting his country’s eventual support for an output freeze to stabilise prices.

He has also directed the ministry of foreign affairs and the National Hajj Commission of Nigeria (NAHCON) to meet with Saudi Arabia to negotiate improved terms and conditions for Nigerian pilgrims performing the Umrah and the annual Hajj.

The senior special assistant to the president on media and publicity, Mallam Garba Shehu disclosed this in a statement.

The presidential spokesman said this followed the acceptance by the Saudi government to freely discuss outstanding issues with Nigeria.

“There is also the case of compensation for six Nigerians killed in the crane incident in the precincts of the Kaaba and 35 others from the stampede whose DNA profile is feared to be missing,” he said.

Shehu said the president has also charged the ministry and the NAHCON to seek a reduction of fee associated with the Umrah visa.

He said among the 17 issues tendered at the initial meeting between the officials of both countries, Nigeria appreciated the increase offered for the Umrah pilgrimage.

President Buhari had requested that the 76,000 seats maintained for Nigerians be increased.

The meeting was led by Nigeria’s minister of state, Fatima Abba Ibrahim and the Chairman of NAHCON, Abdullahi Muhammed. While the Saudi team was led by the country’s Minister of Hajj Affairs, Bandar bin Muhammad al-Hajjar.