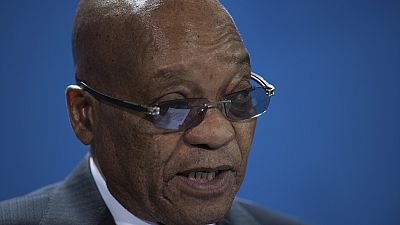 South African President Jacob Zuma will pay a two-day official visit to Iran to hold talks with Iranian authorities, the presidency said in a statement on Monday.

Zuma’s trip comes at a time when South Africa is facing an economic crisis and is eyeing opportunities to bolster cooperation with Iran in the energy sector.

In November 2015, South African Deputy President Cyril Ramaphosa led a high-level government and trade delegation in a three-day visit to Iran to discuss opportunities for cooperation in the energy sector.

Ramaphosa said at the time that expanding bilateral relations with Iran would benefit both sides.

South Africa has been looking to resume oil imports from Iran, which was the country’s main supplier until 2012 when Western sanctions on it increased. Saudi Arabia has since overtaken that role.

Zuma plans to build an additional oil refinery that would use Iranian crude to boost its local petroleum supply and reduce its reliance on foreign companies. State-owned PetroSA proposed to construct the new plant on the south coast in Mossel Bay.

South Africa is grappling with a financial crisis linked to a global commodity glut, cooling demand from China and the U.S. Federal Reserve decision to increase interest rates.

Its currency, the rand, has fallen nearly 27 percent against the U.S. dollar in the past year and more than 50 percent since 2009 as investors have sold risky assets in anticipation of increased rates.