Malawians fear the return of Leprosy as cases rise 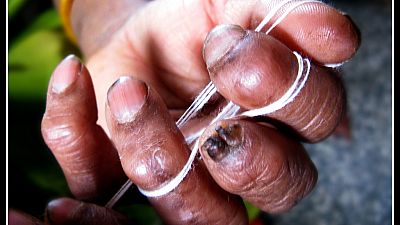 A health centre in Balaka, eastern Malawi has taken in 21 people shunned by their communities because they have Leprosy – a chronic infectious disease that causes disfiguring skin ulcers and nerve damage in the arms and legs.

One of the patients is 37-year-old Julius Mauzeni. He was diagnosed with the disease last year and now lives in an area set aside for lepers at the Utale health center.

“People in the village used to stay away from me. They did not want me to associate with them, not even to come close to them. I was mostly alone,” he said.

Some experts estimate up to 16,000 dollars a month is needed to eradicate Leprosy within two years.

Leprosy is one of the world’s oldest known diseases. Although the number of cases has plummeted from 5.2 million in 1985 to about 210,000 a year now, it still exists in more than 100 countries.

“Door-to-door contacts, because that is part of surveillance, this is where we are looking to, but you know we are handicapped in terms of resources,” George Anafi, Balaka District Leprosy Co-ordinator said.

Malawi was declared leprosy-free in 1970, which the World Health Organization (WHO) defined in 1994 as having less than one case per 10,000 people.

With concerns growing by the day, there are fears that Leprosy has returned to Malawi with more than 600 cases reported in 2015, up from 554 the year before.