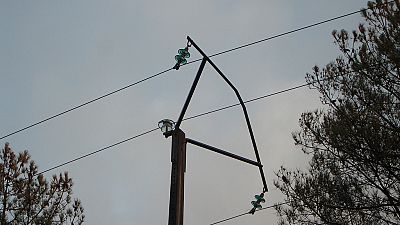 Cameroon government said the country is currently losing 40% of electric power generation as a result of dilapidated equipment.

Many Cameroonians and industries in the country depend on electric power.

The National company for the distribution of Electricity, SONATREL, established about six months ago, is facing a big challenge.

Electric Power in the country has become erratic in the past few months.

Some analysts said the situation is causing the economy 1% of its Gross Domestic Product (GDP).

SONATREL’s main objective is distribution of electricity but the company is facing a drastic decrease in energy supply.

According to experts, the country is losing 40% of electric energy from the main dam, Song-Loulou.

Experts said the decrease is as a result of dilapidation of equipment for distribution of electric power, adding that if the fraud in the system is put into account, the losses could go to 50%.

The managing director of SONATREL, Mbemi Nyankga said the challenges of the company are immense.

Residents and business owners are waiting for the result of the distribution company.

The World Bank had supported the company at the beginning, with 660 billion FCFA (about $169m).

Cameroon has invested in vast hydroelectric dams. The country also plans to complete the Lom Pangar dam by the first half of the year.

The dam would generate 100 additional megawatts of energy and return the energy deficit to 30 megawatts.