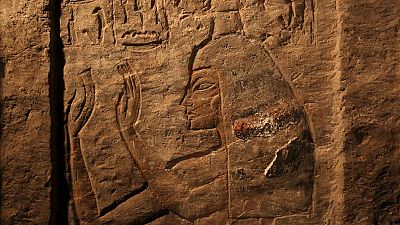 The remains of a boat believed to be 4,500 years old has been unearthed near the Abusir Pyramids, South of Cairo.

A team of Czech archaeologists who made the discovery described it as a “remarkable discovery.”

In a statement, the Egyptian Ministry said the boat was buried on a bed of stones near Mastaba, traditionally home to large antiques and it may “belong to the owner of the tomb, a personality of high rank”.

Abusir, about twenty kilometers south of Cairo, is an archaeological site that harbours such pyramids of several Pharaohs but in a much smaller size than those of Giza, a suburb in the Egyptian capital.

“The boat’s size and pottery found inside show that there is a clear link between this fall and the boat, both dating from the very end of the third or beginning of the Fourth Dynasty, or 2550 BC,” the statement added.