Coronavirus - Kenya: Canada and WHO working together to combat COVID-19 at a critical stage in Kenya 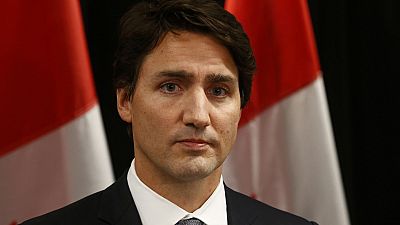 Five people were killed in a school shooting in a remote part of Saskatchewan, Canada on Friday, January 22, and a suspect is in custody, Canadian Prime Minister Justin Trudeau said.

Two people are in critical condition after the shooting in La Loche, which is about 600 km (375 miles) north of the city of Saskatoon.

Our country's heart is breaking. We grieve with – and stand with – the people of La Loche today. Full statement: https://t.co/tWQAaewlX1

“Obviously this is every parent’s worst nightmare. When I spoke with community leaders they obviously expressed that the community is reeling and all of us across the country’s hearts are going out to the families and to the whole community,” said Trudeau, who was in Davos to attend the World Economic Forum.

Mass shootings are relatively rare in Canada, which has stricter gun laws than the United States. In the country’s worst school shooting, 14 college students were killed at Montreal’s Ecole Polytechnique in 1989.

La Loche Community School is a pre-kindergarten to Grade 12 school, which houses about 900 students in two buildings.

There was an emergency at the building that houses grades 7 to 12, the school district’s Facebook page said. Both that building and the elementary school were put on lockdown.

In 2014, a teacher expressed concern about violence at the La Loche school, citing an incident where a student who had tried to stab her was put back in her classroom after serving his sentence, and another attacked her at her home.